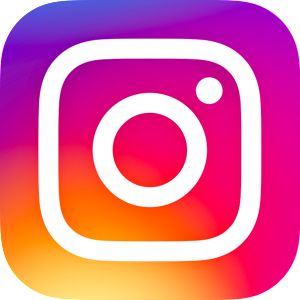 The answer to the question: "Who is the mother? Who is the father?" is defined by the national law on maternity and paternity.

How is parentage established under Belgian law?

Inclusion of the mother's name on the birth certificate is enough to identify the child's mother.

Maternity can also be established by a court judgement.

The following regulations have been applicable since 1 July 2007.

If the child was born within a marriage, the mother's spouse is the father.

This rule does not apply if the child was born:

These exceptions do not apply if the spouses made a common statement at the time of birth.

If the mother remarries within 300 days of one of the three aforementioned situations and if the child is born during that marriage, the mother's "new" husband will be identified as the legal father of the child.

In the case of an extramarital child, paternity can also be acknowledged voluntarily.

Paternity can also be established through legal channels.

When is an acknowledgement of parentage required?

If a child's parentage was not established in accordance with Belgian law at the time of birth, the child may be acknowledged at a later date by the biological father and/or biological mother.

Belgian law applies if a Belgian (mother/father) is acknowledging a child's parentage.

The certificate acknowledging a child's parentage can be drawn up in Belgium, when at least one of the following conditions is fulfilled:

In some cases, a Belgian consulate abroad is authorised to draw up an acknowledgement of parentage for a child who is acknowledged by a person habitually resident abroad.

Acknowledgement by the mother

Acknowledgement by the father

Acknowledgement is only possible if paternity remains to be established or it is denied/contested.

Since 1 July 2007, the following regulations have applied to acknowledgement.

If the Belgian father is married to a woman other than the child’s mother, his spouse must be informed of the acknowledgement of this child by either registered post or bailiff.

What about a foreign certificate which establishes parentage?

A foreign birth certificate which establishes the presumption of paternity or a foreign acknowledgement of parentage may potentially be recognised in Belgium. If it fulfils certain conditions, it can be transcribed into the civil status registers of a Belgian municipality. This makes it easy to obtain copies or extracts in Belgium.

Please see the Registration Certificates section for further information on this topic.

Does the acknowledged child have Belgian nationality?

Please see the Nationality section for further information on this topic.

Which surname will the acknowledged child be given?

Please see the Giving a name section for further information on this topic.

Since 1 January 2015, Belgian co-mothers can establish parentage with their child without having to proceed to adoption.

The Belgian law as it currently stands does not deal with the question of surrogacy as such.

In the light of this legislative vacuum our departments have no choice but to ignore any legal consequences of foreign documentation created in this context (e.g. birth certificate, ruling, …). This position is to be adopted, despite the fact that appropriate local legal procedures abroad have been fully complied with. In this case those matters creating legal consequences abroad create no legal consequences whatsoever in our own internal system of laws.

Any Belgian subjects deciding to use the services of a surrogate mother abroad, even when they comply with local legislation, have no certainty whatsoever that their fatherhood / motherhood will be recognised in Belgium, or that the child will be awarded a travel document.

The departments of the FPS Foreign Affairs will refuse to recognise the legitimacy of the fatherhood / motherhood. These departments shall not issue a single travel document for the child and shall invite those concerned to address the appropriate court of first instance in Belgium.

In the light of the aforementioned we remind you that, given the problems a Belgian subject may face in choosing surrogacy, the option to adopt is regulated under Belgian law and may therefore be considered as a possible alternative.

Further information can also be obtained by contacting: